Thank you for your interest in Stand Out Selling Membership!

Thank you for your interest in ‘Stand Out Selling For Recruiters’ Membership!

This has proved extremely popular in the current environment!…

Wow, things have changed in the last few months haven’t they?

Recruiters – Got A ‘Fee Problem?’ Handle The Objection? Or Read This…..

This was one of the key points in my speech, last time I spoke at the Federation of African Professional Staffing Organisations (APSO) Conference in Johannesburg, South Africa.  Many recruiters and recruitment company owners come to me for help, complaining that they can’t get high enough fees or rates, for potential placements they are working on. Continue reading

‘The New Rules of Recruitment Selling’ – In Warsaw, Poland! 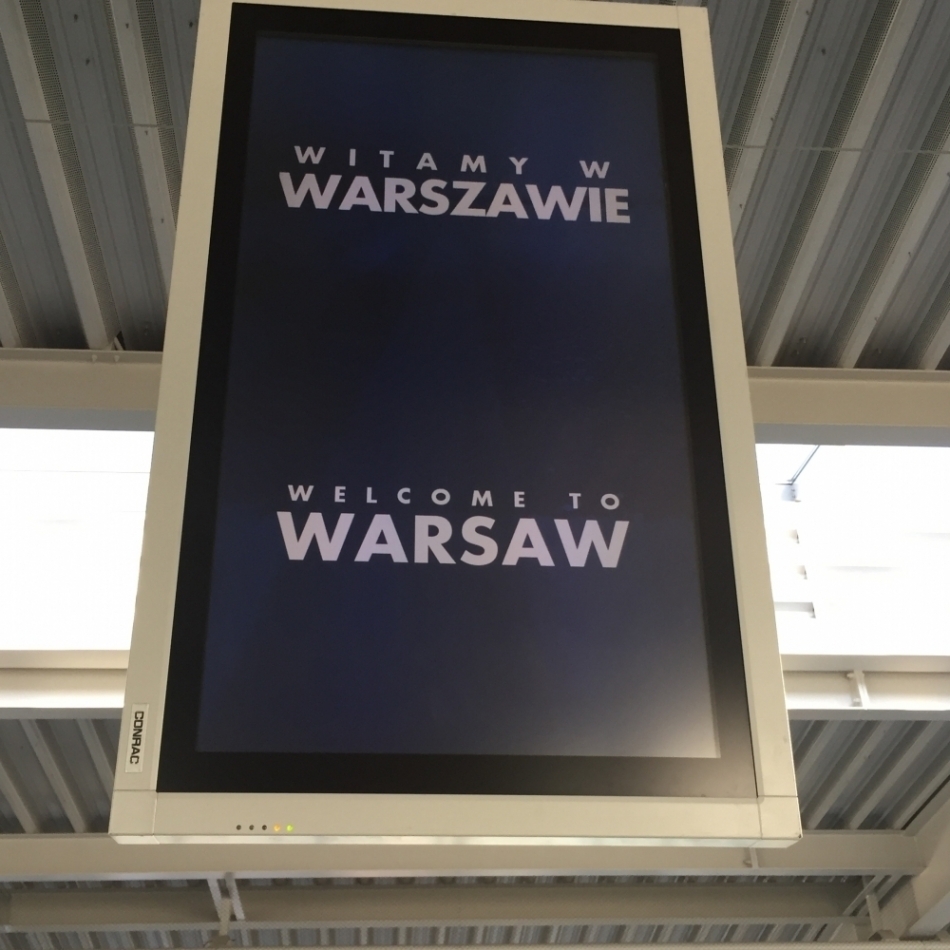 I was over in Warsaw, Poland once again this weekend seeing a couple of my Recruitment clients and catching up with friends. I’ve been to Warsaw more than 20 times now, and enjoy it each time.

It was definitely a little colder than being in Dublin and London earlier in the week, but warmer than it had been a week or so earlier, when it got down to -20!

It’s always interesting to see how the market is performing in Warsaw.  I find it’s a ‘busy’ city, where there is plenty of focus on business activity, and some good energy about the city in general.

The recruitment clients I met with on this trip, I first was introduced to (and re-introduced to) in Warsaw when I was speaking at the Association of Employment Agencies (SAZ) conference a couple of years ago.

I was the keynote speaker on my 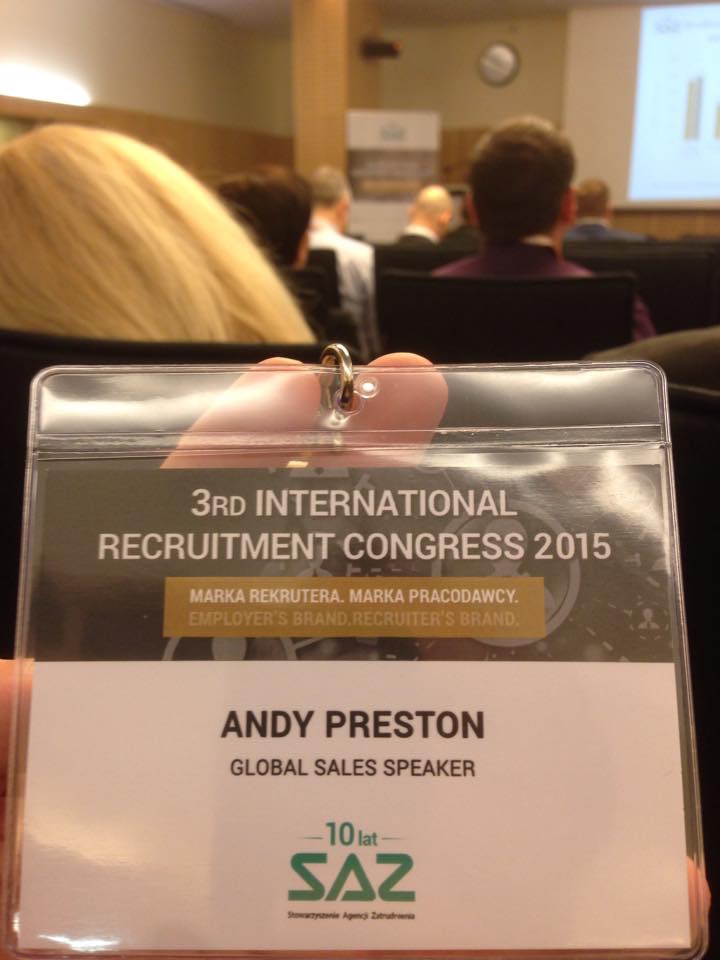 specialist recruitment keynote ‘The New Rules of Recruitment Selling’ (the standard version is ‘Nowe Zasady Sprzedazy’) back in 2015, where I talk about how Recruiters need to adapt to close more business in the future.

From that speech, I had a number of companies approach me and ask if I could speak at their company conference, or train their teams in ‘The New Rules of Recruitment Selling‘.

I realised then that the problem that Polish Recruiters were having, weren’t that different to my other recruitment clients in other countries around the globe.

So What Is – My ‘New Rules of Recruitment Selling’ Work?

I do a large amount of work in Recruitment, and have specific versions of my ‘Stand Out Selling’ System and other programmes.

So, Back To The Recruitment Company Conversations!…..

So what did I talk to these Warsaw Recruitment Companies about?

1. You can’t STAND OUT from your competition, when you make your business development calls EXACTLY the same way as they do!

This is typical in Recruitment (as well as many other industries), where most of the ‘salespeople’ (in this case, consultants) get their training from similar sources (managers, leaders, standard recruitment industry trainers etc), that all the business development calls made by everyone sound the same!

This is obviously a major problem, if you’re trying to persuade the prospect that you are different! You can say ‘we are different!’ all you like, but if your BEHAVIOUR isn’t different, it’s highly likely the prospect won’t believe you – not a great start to a prospective business relationship! 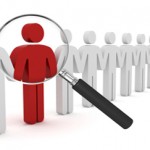 2. In a commoditised market, the ‘difference’ is the individual salesperson. That’s one of my favourite sayings, and it’s even true in recruitment, where traditionally the focus has been on the candidate(/s) submitted.

If you can get the prospect to choose to work with you. To select you over other firms and other recruiters EVEN when you don’t have the best candidate? That’s a sign of a good salesperson.

3. Prioritising phone calls. There is a definite ‘trend’ right now of salespeople ‘defaulting’ to contact via email rather than using the phone.

That causes it’s own problems, as naturally it affects the ‘persuasiveness’ of the salesperson and their ability to turn the situation to their advantage. Their influence on the situation is also negatively affected.

So I’m looking forward to going back to Warsaw in a couple of months and helping these companies with those (and some other) sales challenges!

So Was It All Work, Andy?

Of course not! I had time to walk around the park in the snow, and see the Palace of Culture and Science (Pałac Kultury i Nauki) as well as spend a bit of time in the old town. I’ve done plenty of trips to Warsaw now, and I look forward to coming back again in a couple of months time!

Here are a few pictures – enjoy! 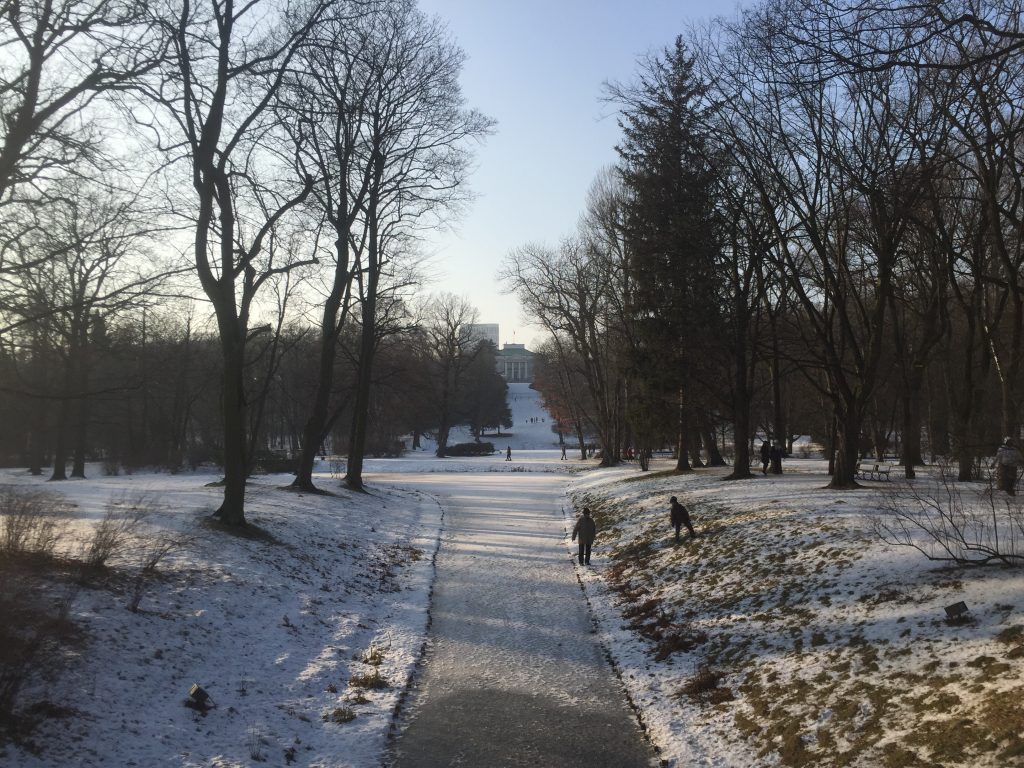 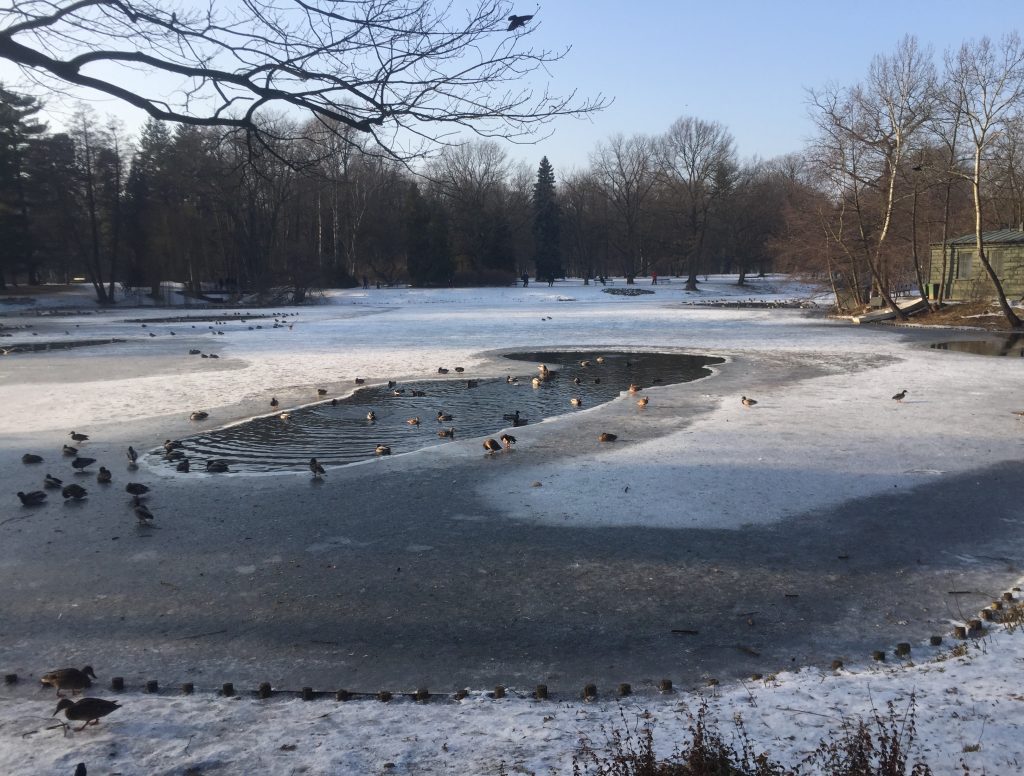 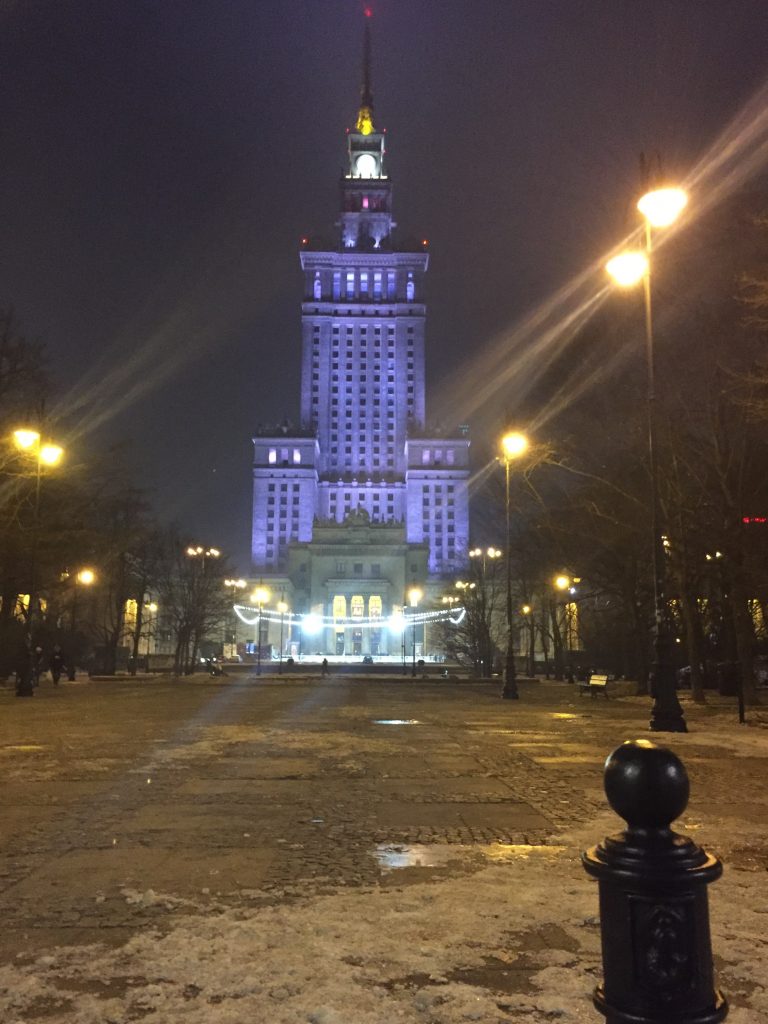 In this article, leading Recruitment Sales Expert Andy Preston explains what sales lessons you should have learnt from 2009…. and what you need to do differently to be more successful in 2010…..

2009 was an interesting year for many consultants and recruitment companies I’ve been speaking with recently. Whilst some had a successful year, many others were grateful for making the sales they did, and some were grateful to make it through the year at all!

2009 had some interesting lessons in terms of sales and sales tactics, things we should all learn from whether we’re a resource, consultant, manager or director.

If 2009 taught you nothing else, it taught you that you can’t always rely on your existing customers to hit your targets! 2009 was the year that existing customers were looking for ways to cut costs in their businesses – and I think it’s fair to say recruitment was one of the first costs to be looked at.

Prospecting should be done on a continuous basis, not just when you’re quiet!

2009 highlighted the need for the recruiter to control the sales process more than ever before! It was the year where customers started asking for candidates, but then didn’t seem to proceed with the hiring decision anywhere near as fast!

In a lot of cases, prospects were trying to get a ‘feel’ for who was available and what it would cost, before trying to get approval for the spend, which often wasn’t forthcoming! So the recruiter does lots of ‘running around’ for very little reward!

Again, 2009 showed us that we have to be sharper in this arena. Many recruitment companies were finding increased competition when trying to sell their services, and often this was happening in existing accounts as well!

If you truly want to be able to sell against your competition, you’d better know them – inside and out.

You want to know about their marketing and promotion, their sales campaigns, their offering, where they’re strong (and weak), and how you can sell against them effectively. That is, if you want to be more successful this year than last….?

I’m often amazed how few people have a proper sales plan in place! I mean a specific document, written down, with a focused plan of how the individual, team or business is going to win business for the forthcoming year.

Not the best thing to happen in a tough market, so start your year off well and get a written sales plan in place, right now!

2009 was the year that purchasing and ‘sign-off’ responsibility shifted somewhat. Managers or Department Heads that were previously able to sign-off quite large sums of money were ‘reigned in’ somewhat, and Directors and Owners started taking more interest in exactly where the company’s money was being spent.

This means that all the recruiters that were selling at ‘user’ or ‘hiring manager’ level found that decisions were going ‘above’ – and that they weren’t coming back as positively or as quickly as previously might have happened!

If you or your team are still asking mainly ‘fact-find’ questions of prospects you’re speaking to, then you’ll probably be one of the first to be left behind in 2010!

If your prospects and clients are considering you as a potential supplier for 2010, do you really think questions like ‘have you got any vacancies at the moment?’, ‘when are you next recruiting?’ and ‘what fees do you normally pay’ are really going to help you build your business or your desk in 2010?

Your questioning ability can be one of the biggest things that differentiates you from your competition. How does yours (or your team’s) currently measure up?

As businesses have ‘re-engineered’ themselves and their business offering over the last few months, for some companies that’s meant re-shuffling their staff and their responsibilities. This is worth looking at closely from a sales point of view however, as we want to make sure you aren’t losing any opportunities through any re-structuring or re-organisation.

Think about some companies that you (or your team) have placed people at in the past. Are you completely ‘on top’ of those companies? Even the ones that haven’t been hiring for ages? Do you know every contact in the account that’s involved in hiring? Do they all know you and would call you first when they need someone?

Many recruiters are in for a shock this year if they only have one or two contact s in an organisation. If those contacts have left or changed responsibilities, they could find themselves having to start again with new contacts. Not the best start to 2010, is it?

2009 taught us that many of the basic sales skills that are needed for success in a recruitment role had been ‘taken for granted’ – yet were lacking in a large number of the companies and the salespeople I spoke to! Particularly in the cold calling/new business arena.

Last year was the year where sales skills mattered far more than in years previous. Prospects were taking longer to make decisions, higher level decision makers were getting involved, ROI needed to be proven at every stage, more competitors were involved in every sale and prospects were looking to negotiate all your profit out of every deal!

What are you doing to make sure that doesn’t happen to you in 2010?

Follow the tips above and watch your sales soar! I look forward to hearing how you get on..