All Posts by Andy Preston

Andy Preston is a top International Sales Motivational Speaker, Sales Influencer and Master Sales Trainer. Named as one of the World's Top Sales Gurus, Andy creates 'Stand Out Salespeople' worldwide, with his revolutionary 'Stand Out Selling' Sales System. 'Stand Out Selling' helps salespeople stand out from their competition, win more business, and do so at higher prices! Previously a trained Professional Buyer, then the Top Salesperson in the UK, Andy Preston has now trained more than 130,000 Salespeople, in more than 40 countries, on 6 continents, since 2004! Andy is best known for his work in 5 specific areas... 1) Prospecting/Cold Calling/Business Development 2) Converting Incoming Sales Leads 3) Consultative Selling and Pipeline Management 4) Standing Out From The Competition 5) Helping Salespeople Close More Deals! With more testimonials than any other Sales Expert online (330+ on LinkedIn alone), Andy's work is recognised worldwide. You can contact Andy here for more information, and how he may be able to help you! Andy's Recent Accolades....... * The World's Top Recommended Sales Expert * Ranked UK's Top Sales Trainer - LinkedIn * #2 In The Top 20 UK Sales Blogs - Lolly.co * Top Sales Expert - Geniecast * Top Sales Influencer - WittyParrott * Top Sales Experts To Follow On Twitter - Evan Carmichael * 10 Sales Experts Every Salesperson Should Follow On Twitter - Etail Insights

Andy Preston in Qatar Next Month!

Andy is speaking in Doha, Qatar next month!

He will be speaking on ‘Stand Out Selling – How To Sell More At Higher Prices!’.
Continue reading

How To Convert More Inbound Leads Into Orders

In this article, leading Sales Expert Andy Preston explains how to take the incoming enquiries you get for your business….. and turn more of them into orders…..Continue reading

In Part 2 of this article, leading Sales Expert Andy Preston explains what the successful sales leaders and salespeople are implementing right now to make sure they have a great year this year!….Continue reading

Are You ‘Warming Up’ Prospects For Your Competition?

In this article, leading Sales Expert Andy Preston explains why most salespeople and business owners struggle to convert their sales opportunities….. and often end up ‘warming’ up business for their competition…….……Continue reading

Andy Preston in Japan in October!

Andy is travelling to Japan in October!  Mainly based around `Tokyo and Kobe.

If your Sales Team could use a Motivational ‘Boost’ from one of Andy’s Speeches, or a Sales Training session on ‘Stand Out Selling’ while he is in Japan, contact us using this link Continue reading

In this article, leading Sales Expert Andy Preston talks about the death of Account Management… and in particular, how many Sales Leaders failure to recognise this vital point – and how this then causes problems in their sales process, their recruitment process and how it negatively impacts on the activity, behaviour and ultimately the sales figures of their sales team!….. Continue reading

Are You REALLY Giving Your Best?

Are You REALLY Giving Your Best?

For most of us, that’s a really tough question to answer honestly.

Because if we’re honest with ourselves, most of the time the answer is probably ‘no, not my absolute best’.Continue reading

I was invited over to Colombia to speak at a large Sales event as the headline Sales Motivational speaker – at events in Medellin and Bogota.  It was the largest gathering of salespeople in the region and I was looking forward to sharing my ‘Stand Out Selling – The New Rules For Salespeople’ speech! Continue reading

How To Deal With The ‘Summer Holiday’ Objection….

In this article, leading Sales Expert Andy Preston explains why so many people get the ‘call me back after the summer holiday’ objection…..only to find that after the break, they can’t get hold of the person ever again!…..

Have you ever had anyone say those words or something similar to you? For most salespeople, this objection starts to rear its head from the middle of July onwards, or perhaps November, depending where you are in the world!.Continue reading

Sales Lessons From Hobbiton – The ‘Lord Of The Rings’ And ‘The Hobbit’ Film Set!

I was doing some work out in New Zealand recently, and while I was there, took time to have a look around and see some of the local attractions.

One of the trips I was really looking forward to was the trip to ‘Hobbiton’ – the movie set of the Hobbit village from the films ‘The Hobbit’ and ‘Lord of the Rings’. 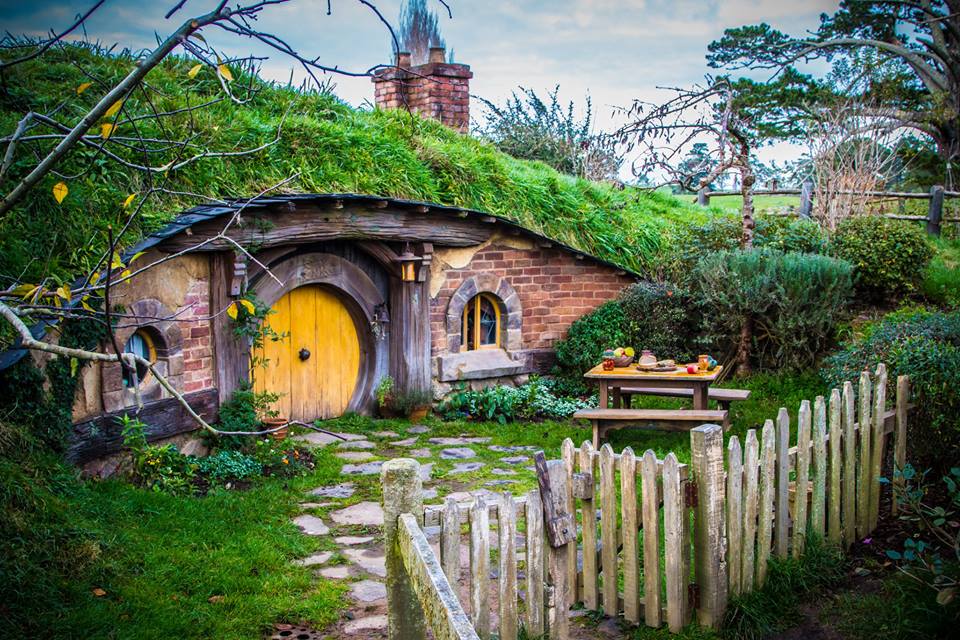 I’ve been a fan ever since I read the books as a child, and was looking forward to seeing that actual set itself – which had been left intact after filming had finished, and has now been made into a tourist attraction!

One of the interesting things I noticed while I was there however, was the Sales Lessons we could all learn from it! Here they are……

Andy’s Sales Lesson Number 1 – Know Your ‘Conditions’ Before You Start To Negotiate! 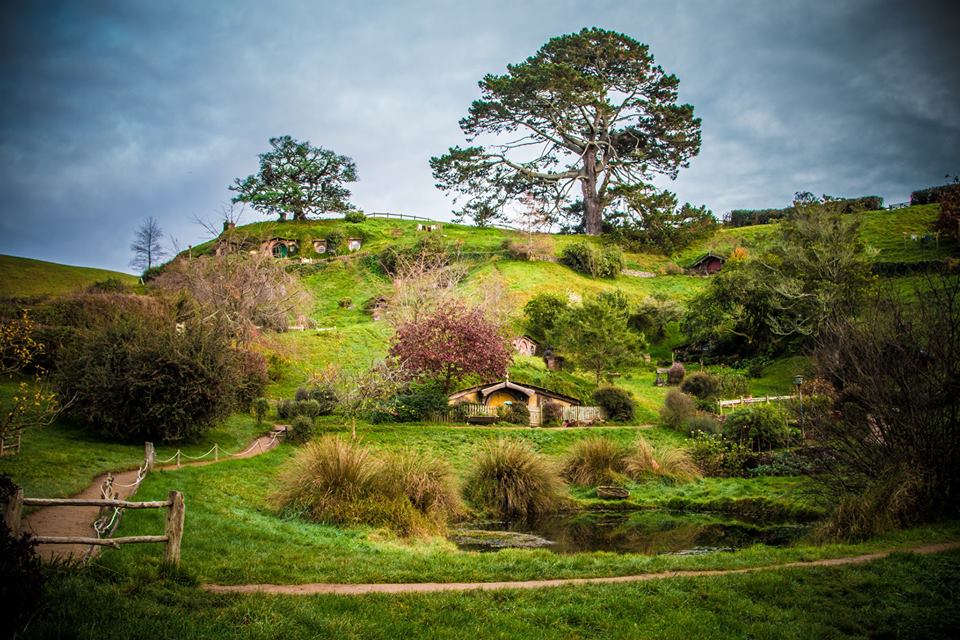 You see, the first set of the village was mainly cosmetic in nature – literally just doors put into the hillside etc, and removed when the film crew left.

However, that didn’t stop people approaching the landowner and saying ‘did they film Lord of the Rings here? Would you mind if I just went over and looked at it?’

When that started happening more and more often, they realised they had something here. So when Peter Jackson came back to ask if they could use the land again for filming The Hobbit, the landowners said yes.

However, it was based on the condition that they built and left them a permanent set, so that it could be turned into a tourist attraction afterwards.

Even though that was a substantially higher cost, the landowners got their way, as Peter Jackson desperately wanted the land!

So what can we as salespeople learn from this? If you set your ‘conditions’ at the start of a negotiation, you are far more likely to get them at the end of it! And knowing how important what you have is to the other party, definitely helps your negotiation stance!

One of the things they do really well at Hobbiton, is provide a great experience.

Now they do have a slight advantage, having something that people have read the books, or seen the films, and could be slightly ‘geeky’ about, but you still have to provide them with a great experience, even so! 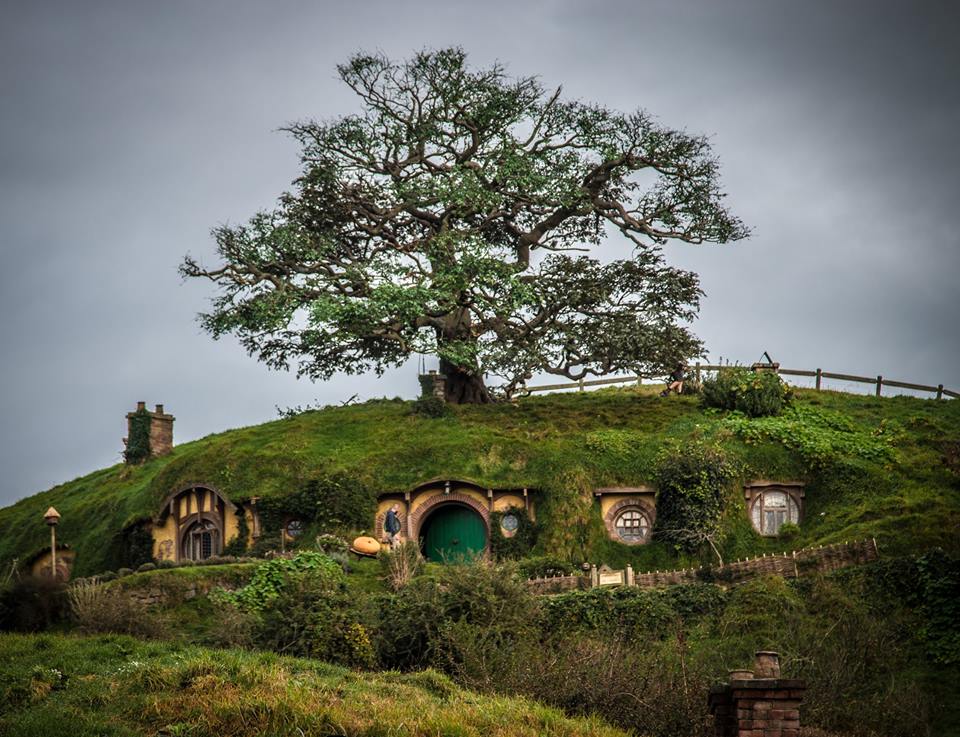 One of the things they did really well here was the tour guides were not only briefed really well, but they were obviously fans of the films themselves! Therefore they were really excited and motivated to talk about the topic and answer any questions from the group.

They then took you into the pub, the Green Dragon Inn, where you got a free drink (Beer, Cider or Soft Drink) which is good on its own, but they served them in mugs that looked exactly like the ones used in the films for example!

A nice touch, that isn’t much effort to do (or much cost), but provides a great experience. The amount of people talking selfies with their mugs in the Green Dragon, or outside Bilbo Baggins’s house was ridiculous!

So how can you implement that in your role and your organisation? What can you do in your sales or service process to give people the kind of experience that they will rave about? That they will come back to you for? That they will recommend and refer you to others for?

One of the things they do really well at Hobbiton is to provide upsell opportunities to their clients. We sometimes forget that some people will want to pay a premium for better service, a better experience or a ‘premium’ option.

Are you providing them with that option right now?

One option you can purchase at Hobbiton is an ‘early access’ small group package, where not only do you get access to Hobbiton before the larger groups arrive (so your pictures don’t have lots of people in etc, so more like the films), but you also get better chance to ask questions of your guide (as they are less people), and more time in the location to take pictures etc. 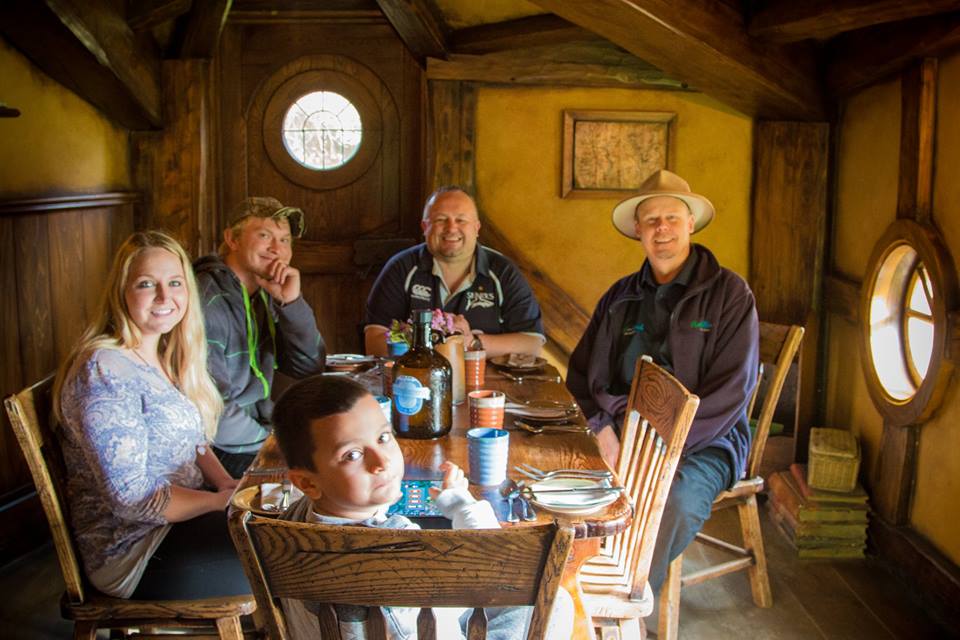 Another upsell option they do is that you can have ‘second’ breakfast (fans of the films will get that reference) in the Green Dragon Inn itself.

So they take you into one of the small rooms and your group has breakfast together – again, for an additional charge!

A great option – particularly for fans!

So in terms of learning form this, what ‘upsell’ or ‘premium’ options are you providing your clients with right now?

How many are taking advantage of them?

And what else could you be doing?