How To Deal With The ‘Summer Holiday’ Objection….

In this article, leading Sales Expert Andy Preston explains why so many people get the ‘call me back after the summer holiday’ objection…..only to find that after the break, they can’t get hold of the person ever again!…..

Have you ever had anyone say those words or something similar to you? For most salespeople, this objection starts to rear its head from the middle of July onwards, or perhaps November, depending where you are in the world!.

The problem for most people is that when they call those people back after the break, they either still haven’t made a decision, they give another ‘fob-off‘, or even worse – you can’t seem to get hold of those people ever again! Has this ever happened to you? If you’re anything like the hordes of people that ask me what to do about the ‘summer holiday’ problem every year, you probably get it quite a lot!

So Why Do They Do It?

Why is it that the buyers and decision makers give us the ‘summer holiday‘ objection? There are various reasons for this. Sometimes, there’s a genuine reason why they can’t proceed with the order (or appointment) until after the summer break – perhaps a colleague is away that needs to be involved, perhaps there isn’t a budget until later in the year, perhaps even that the person is so focused on delivering existing projects, they just can’t even think about another one!

However as mentioned above – in a number of cases, decision makers use the ‘summer holiday‘ objection as a convenient way of getting salespeople and business owners to ‘go away‘. And they keep using it because it works! Far too many salespeople and business owners ‘fall‘ for this objection, take the decision makers at their word – only to be surprised when they call back after the break – and they can’t get hold of that person ever again!.

You know you’re going to start getting these sorts of objections from the end of June onwards, so you need to prepare for them!

I hear so many people fall for this same objection year after year! Why not consider how you’re going to deal with them and practice your responses? Most people fail to do even those simple things!

This means working out your objection handles, then practicing them with friends, colleagues or even in meetings with the rest of the sales team! The better prepared you are for when the objection comes up, the better you’ll deal with them! That goes for the other objections you face as well, but let’s focus on the ‘summer holiday’ one for now!

And please, don’t leave this until the last few moments before your telephone call or client meeting (or even worse – until you’re waiting in reception), do this in ‘small chunks’ – a little bit at a time but done on a regular basis – that helps you remember and use the objection handles best.

Often when the buyer or decision maker says the words ‘call me back after the summer holiday’, that phrase might have a different meaning than the one you’ve accepted at face value!

Let’s face it – if everyone who said those to you either met with you or bought from you in at the end of the break, then there wouldn’t be a problem, would there? So I’m talking here about the people that use that phrase, but then don’t seem to necessarily follow through afterwards.

Let’s think about this a little deeper – might some people use that phrase when actually what they really mean is ‘go away?’ Or perhaps ‘you/your offering/the appointment isn’t important enough for me to look at right now?’ As someone who originally trained as a professional buyer, I can guarantee you that’s the case!

Here’s a quick distinction – the more ‘new business’ your telephone call or appointment is, the less rapport you have – therefore the likelihood of them ‘fobbing you off’ is much higher! If you’re with an existing client you have personally a very good relationship with, it’s more likely that they’re telling the truth. 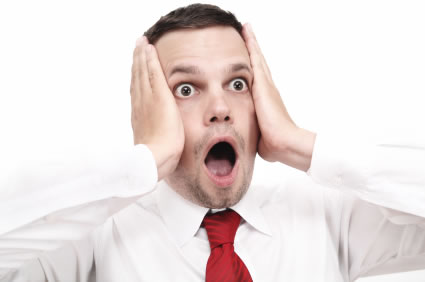 If you are making ‘new business‘ calls in the holiday period, make them more compelling!

Generally speaking, people will be busier as they’re either about to go on holiday, just back from holiday, or covering for someone else who’s on holiday!

Whichever of those it is, they’re going to be ‘time poor‘, so make sure your call is as good as it can be!

Take a closer look at your voice tonality and your message.  Does it sound as though you and your call are important?  Does the outcome that you are suggesting sound like a ‘must do‘ for the person receiving the call?  What’s the conviction in your voice like?  Your certainty?  Is your close short and to the point?

Most people seem to think that the other person says ‘call me after the summer holiday‘ or something similar, that means end of conversation/meeting! Who said?!! Before the end of this conversation or meeting you need to ask some more questions to get the information you need!

If you can establish there are genuine reasons to put the order/project/appointment on hold until after the break, you’ve lessened your chances of being ‘fobbed-off’ and it should be relatively easy to pick things up from where you left off come September.

If on the other hand, the decision maker doesn’t appear to give specific reasons for the delay, they don’t seem as interested/motivated as they were, or they seem to want to get rid of you as fast as possible, that’s a pretty big sign they’re trying to fob you off!

The attitude of the salesperson or business owner is also vital in getting the results that you want here. I’ve seen far too many people trudge round on appointment after appointment, or from phone call to phone call looking and sounding like they’re terminally depressed! Not many people are going to buy from you in that state, are they?!!

If you pick up the phone or walk into a meeting expecting the other person to say ‘call me back after the summer holiday‘ then guess what you’re probably going to get in most cases? You guessed it!….

If you’re in a competitive market you can bet that the buyer or decision maker is talking to other suppliers. And all it takes is for the salesperson at one of those companies to be better at dealing with the ‘summer holiday‘ objection than you are…..then when you ring back in September they’ve bought! But off someone else….

Now that you’re aware that’s often the case, you’re not going to let that happen to you in future…are you?

Follow the tips above and watch your sales soar! I look forward to hearing how you get on……..